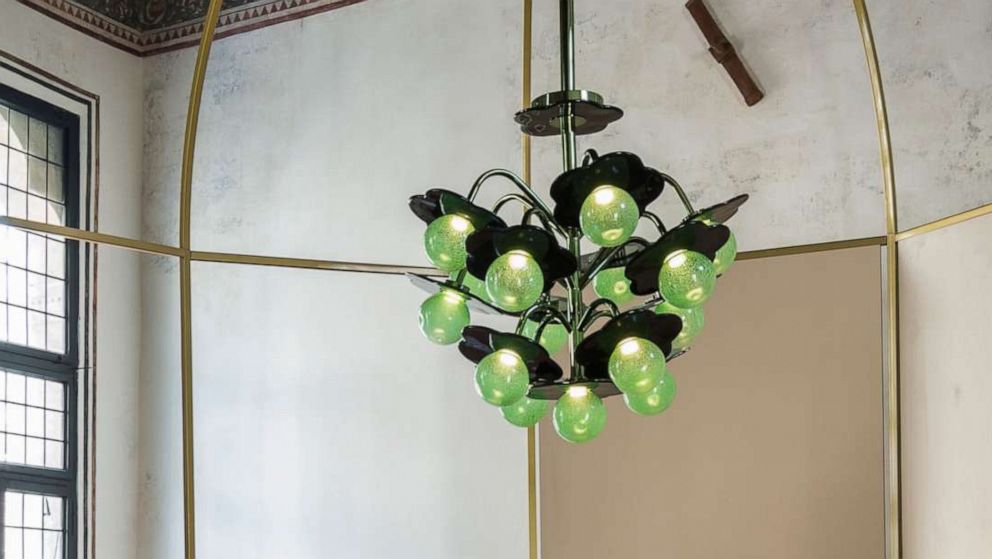 VENICE — Nicola Causin was 17 when he started working with glass.

That love hasn’t faded after 34 years of perfecting his craft in Murano, a short boat ride from Venice – and the epicenter of the Venetian glass industry.

“It’s always a challenge, you have to be very humble in front of this material. It’s the glass that commands” and not the other way around, he told ABC while cleaning up after a day of work in the oven where he had spent his day making intricate glass artwork.

Watching him blow, bend and cut incandescent glass extracted from the heart of the flames is simply mesmerizing. Glass maestros – or “master glassmakers” – like Causin, trained in the craft, still use nearly the same tools and techniques as 1,000 years ago, when the lagoon city became a hub for glassmaking. glass.

These time-tested techniques are also increasingly being applied to contemporary art and design in an effort to keep the trade alive and go beyond the mere souvenir pieces found in shop windows across Venice.

In September, Nomad, a traveling showcase of collectible art and design in a 15th-century Venetian palace on the first weekend of September, and Venice Glass Week brought design enthusiasts to Venice for a glimpse of latest and greatest contemporary glass creations arranged in historic locations around the city.

Venetian glassmaking began under the Roman Empire and became the region’s main industry. In the late 1200s a guild of glassmakers was formed to safeguard the secrets of the craft, and in 1291 the kilns were moved to the nearby islands of Murano to avoid starting fires in overcrowded Venice.

The techniques were unrivalled, and Murano products – particularly elegant chandeliers and glassware – were in high demand throughout Europe.

Although the Venetian glass industry has declined since its peak in the 16th century, master glassmakers still hone their craft in the family furnaces of Murano today.

Becoming a master is no small feat – those who choose a life of fire usually begin an apprenticeship in their teens and train for at least 15 years until they are allowed to work as lowly laborers in an oven. To become a master glassmaker, they must show special talent – and not everyone has what it takes.

“You will never easily find a maestro. No one can teach you how to be an artist,” Berengo kiln manager Fanny Campagno told ABC.

Yet despite the talent pool, the craft may need a revival.

“Fifteen to twenty years ago there were about 700 ovens and today [there] are 110”, points out Maurizio Mussati, founder of the design company WonderGlass.

Her company merges the traditional craftsmanship of Murano glass making with contemporary lighting and furniture and features pieces by designer India Mahdavi at Nomad.

“I think Murano definitely adds value to every design because if you have a chandelier and specify that it’s Murano glass, that brings a seal of quality to the project,” said Nicolas Bellavance-Lecompte, co -founder of Nomad.

Many of the works on display, from table lamps to mirrors, were made in the epicenter of glassmaking. Nomad took place alongside the third annual Venice Glass Week, which held more than 180 events across the city to celebrate the long tradition of Murano glass making.

For Mahdavi, working with artisans to help keep their crafts alive is key – and not just around Venice, but around the world. Japanese basket weavers also have to train for decades until they are at the top of their field, she points out.

“I think it’s important to put those artisanal skills into the context of what we could lose,” she told ABC. “We know how long it takes to become a maestro.”

Berengo Studio’s oven is also shaking up the industry. In the 30 years since it opened in Murano, its founder Adriano Berengo has made it his mission to convince some of the world’s best-known artists to start working with glass.

He has already collaborated with superstars such as Ai Wei Wei and shows his work in “Glassstress”, an exhibition in an abandoned glass kiln organized with the Venice Biennale art festival.

“I don’t come from the past – I don’t make chandeliers or drinking glasses,” says Berengo of his mission to bring glass to the world of contemporary art. “It’s a medium that we have everywhere in Venice, but the possibility of using it for contemporary art is something relatively recent.”

For many Berengo collaborating artists, this is their first time working with glass, which presents a unique set of challenges.

“The artist has to give up his narcissism since he is using another person’s hand,” Berengo said. “The glass maestro is essentially the extension of the artist’s hand, and when those two are together you can achieve great results.”