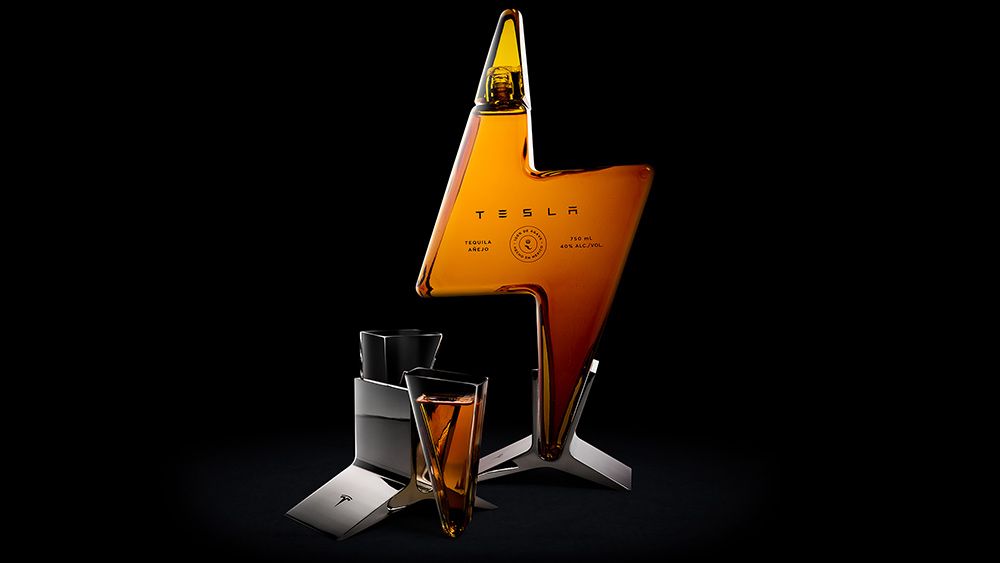 Elon Musk has his hands full these days with his chaotic takeover of Twitter, so I’m not sure how involved he’ll have been with Tesla’s latest, and possibly weirdest, product. No, it’s not an unstable robot or a dystopian all-terrain vehicle. We expect that from Tesla. It is a set of glassware.

Alcohol might seem like a weird side business for an automaker, but Tesla surprised us earlier this year by launching its own limited-edition tequila. In a lightning bolt bottle, of course. Now he’s released the perfect accessory for anyone who’s purchased one of those $420 bottles – the Tesla Sipping Glasses. And they’re probably the least practical and well-designed goggles we’ve ever seen.

There are Musk enthusiasts out there who will buy anything with the Tesla name on it, and I guess that’s what the company is banking on with the release of its Tesla sip glasses. “Enjoy your favorite liquor with a limited-edition set of Tesla sipper glasses,” the company says. “Inspired by the unique silhouette of Tesla Tequila, each glass is designed with angular contours and an etched Tesla logo.” They’re $75 for a pair and that generously includes a display stand, which is good because the glasses alone would be unusable.

Design-wise, Tesla has prioritized a shiny novelty attempting to be a futuristic design rather than a practical one. The glasses might look elegant with the hard angles, but they either have to be held in your hand or in their holder…or I guessed you could try wedging them in a flowerpot.

There seems to be real demand, with a first batch selling out fast on Tesla’s online store (opens in a new tab) – it looks like they are made to order. Some people are even stepping up and saying we should all buy the glasses to “help Elon”. Yes, Elon Must needs our charity. But most people don’t care about Musk’s latest possession, Twitter. And we hear them. $75 for glasses that don’t stand up?

I forgot to mention that my design also contains more volume per glass because it minimizes surface area. This also reduces the weight of shipments and contributes to a more efficient and therefore sustainable use of resources.November 16, 2022

“Awkward shape, making drinking more difficult. Cannot be placed on any surface other than the designated stand. Can slide down the sides of the stand. Shape makes it difficult and uncomfortable to grip. $75 for 2 glasses Ah yes, praise be the tech savant,” one person said. “Typical Tesla. Take an existing entity, find a way to make it worse, overcharge it, and the fanbois buy it in a week,” someone else wrote.

The physicist @melosyna (opens in a new tab) suggested a radical design for a glass with – shock – a flat bottom. “I forgot to mention that my design also contains more volume per glass because it minimizes surface area,” she explained. “It also helps to reduce the weight of shipments and contributes to a more efficient and therefore sustainable use of resources”,

Is this a throwback to forgetting to put cupholders in the backseat of models? 😭 pic.twitter.com/kjziuUm2HONovember 17, 2022

We now know that the concept of a glass that requires support isn’t new to Tesla. They’ve been done many times before and they’re almost always inconvenient and frustrating to use. Usually at least each lens has its own holder, but Tesla glasses have only one holder for the pair, which makes them even more impractical.

It just goes to show that not every company known for its sleek design succeeds every time, but maybe that’s not necessary if the goal is only to sell to dedicated fans. It makes us wonder what the rumored Tesla phone would really look like. And it also reminds us that everyone still makes fun of the Tesla logo.